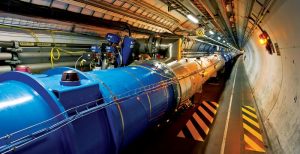 It includes the study of challenging, abstract concepts such as quantum theory and particle physics. It also covers ‘‘everyday’’ phenomena such as materials, motion, waves and electricity.

A greatly valued A Level due to the high level of demand and academic rigour. Transferable to many, many other areas. Looked at extremely favourably by universities and employers. Tests a wide range of skills and abilities to solve problems dealing with the physical world. Further study of mechanics, engineering, electronics and optics tends to require students to have A-Levels in Physics and Maths. Physics demonstrates an ability to think logically as well as a high degree of resilience due to the difficult nature of the course.

Assessment is 100% exam based. There are three exams in total at A-Level, with some multiple choice questions.

The exams also cover practical knowledge and students can be awarded a ‘Practical Endorsement’ as evidence that the can confidently and competently carry out investigations and experiments.

The department runs weekly clinics after school. The department organises a trip to the Cambridge University Physics Department (Cavendish Lab) and a Cambridge College. There is also a CERN trip to Geneva.

A Grade 7 in Separate GCSE Physics or a minimum of a Grade 6-6 in GCSE Trilogy/Combined Science with a Grade 7 average on your GCSE Physics papers. Maths should also be a minimum a GCSE Grade 6.