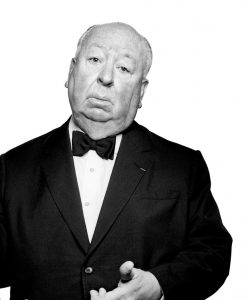 Film Studies is an exciting and engaging course that will give you a new appreciation of cinema. If you love going to the cinema, watching films, and talking about them with friends, then this might just be the course for you.

Learn about the importance of the technical elements of film, alongside ideas of representation, context and ideology. If you watched films passively in the past, then this course will equip you with the ability to analyse the ‘poetic’ and more symbolic nature of film.

With an eclectic range of twelve excellent pieces of Cinema to study over the two years, you will leave the course as the ultimate ‘film buff’. Many of our students go on to study Film at University with a view to building a career within the industry.

Film Studies is assessed on two final exams and one piece of NEA:

Varieties of Film & Filmmaking (35%)
For this paper, you will study three areas of cinema and write comparatively about six films. You will look at the idea of the auteur in earlier Hollywood films such as Hitchcock’s Vertigo and Forman’s One Flew Over The Cuckoo’s Nest. Students also study more recent American films such as Inception and Captain Fantastic. Aside from American cinema, you will also study British Film in the form of Trainspotting and This is England.

Global Filmmaking Perspectives (35%)
Films for this paper include global cinema classics such as City of God and Pan’s Labyrinth. You will also study the genre of documentary, through Amy, and experimental cinema, such as Pulp Fiction. The final thing you will study is early silent cinema.

Production NEA (30%)
Students have the option to either produce their own short film or write a screenplay. This is then followed by an evaluative analysis.

Cinema Trips and Film Talks are arranged across the two years. There is also an opportunity to write for the Sixth Form Reviewer.

Tweets by LongsandsSixth
Go to Top